For a romantic island getaway, Tahiti is a memorable choice. Stunning beaches, breathtaking blue water, coral cays and verdant jungles make this destination second to none. We offer awe-inspiring venues for a wedding celebration or secluded rendezvous under the stars, plus enchanting environments where you can honor your love with many witnesses or a select few.

Say “I do” in Paradise

Our team of dedicated staff can organize everything from romantic dinners to a traditional Tahitian wedding ceremony.

Between gifts, surprises and special amenities for honeymooners, you and your beloved will leave with a lifetime of beautiful memories.

or Drop us an email now to
find out more. 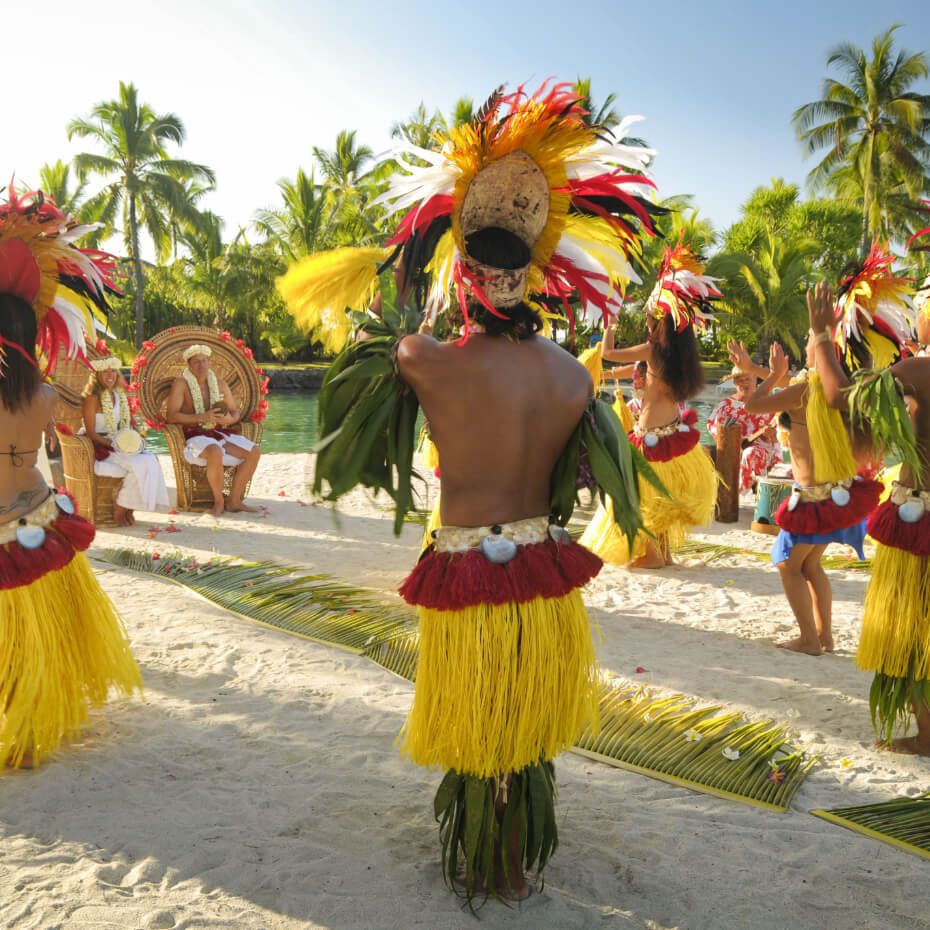 In our traditional Tahiti wedding ceremony, the groom glides to our motu on a traditional outrigger canoe as Polynesian dancers lead the bride there from her room. The pu (conch shell) sounds to greet the couple along with ukulele songs, and they are escorted to the altar where the priest awaits. This master of ceremonies conducts the union with a blend of Polynesian tradition and wedding symbols. He provides flower necklaces and crowns, which the couple exchanges as a symbol of their vows. They are then baptized with Polynesian names and given a wedding certificate. Upon leaving the motu, the groom wraps his bride with a traditional tifaifai, the Polynesian wedding quilt presented in a panadus basket. Dancers close the ceremony with a performance celebrating the newlyweds’ happiness, while they sip Mai Tai cocktails out of coconut shells. The married couple is escorted back to their room, where a celebratory bottle of chilled Champagne awaits. 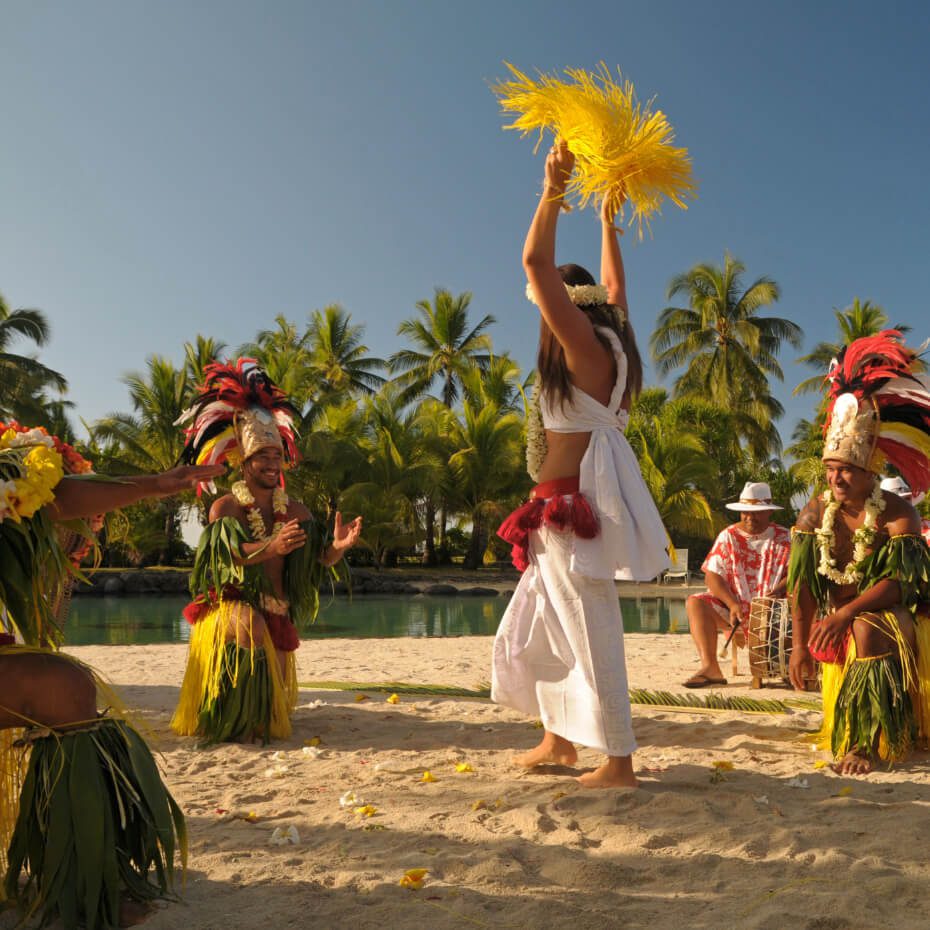 To prepare for our Royal ceremony, the bride and groom dress in white pareos, the typical wedding ensemble in French Polynesia. The groom glides to our motu on a traditional outrigger canoe as Polynesian dancers lead the bride there from her room. The pu (conch shell) sounds to greet the couple along with ukulele songs, and they are escorted to the altar where the priest awaits. He conducts the union in the Tahitian language, according to Polynesian tradition, and gives the couple flower necklaces and crowns to exchange as a symbol of their vows. The priest joins their hands with an auti leaf, blessing them with coconut water, and baptizing the newlyweds with Polynesian names. Before a Tahitian dance performance, the groom wraps his wife in a traditional tifaifai tapestry (presented in a panadus basket), which symbolizes their union. Finally, the couple is escorted to their room where a bottle of chilled Champagne and a wedding cake are waiting. 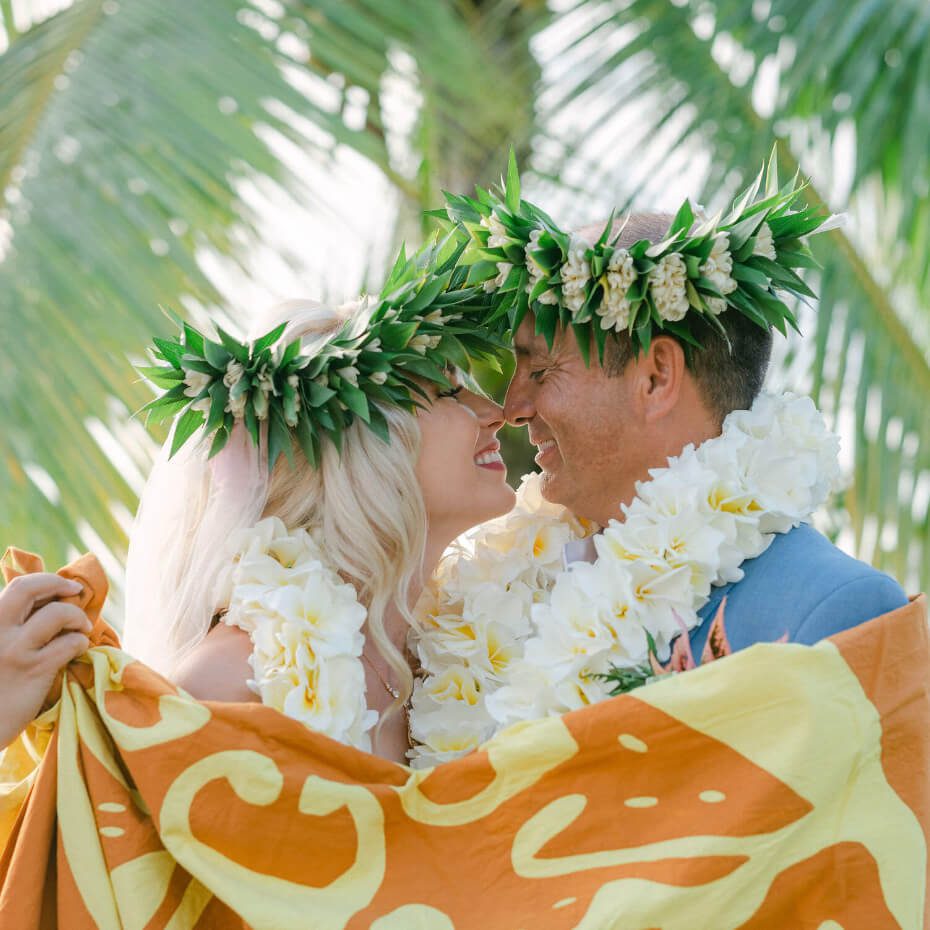 For a vow renewal, the couple dress in white pareos, the typical wedding ensemble in French Polynesia, and they are accompanied to the ceremony site where the priest, local musicians and dancers greet them. The priest conducts a renewal of vows ceremony according to Polynesian tradition, complete with an exchange of flower necklaces and crowns and baptism with Polynesian names. The groom wraps his bride in a traditional tifaifai tapestry (presented in a panadus basket) before they receive a final blessing to the sounds of a ukulele. 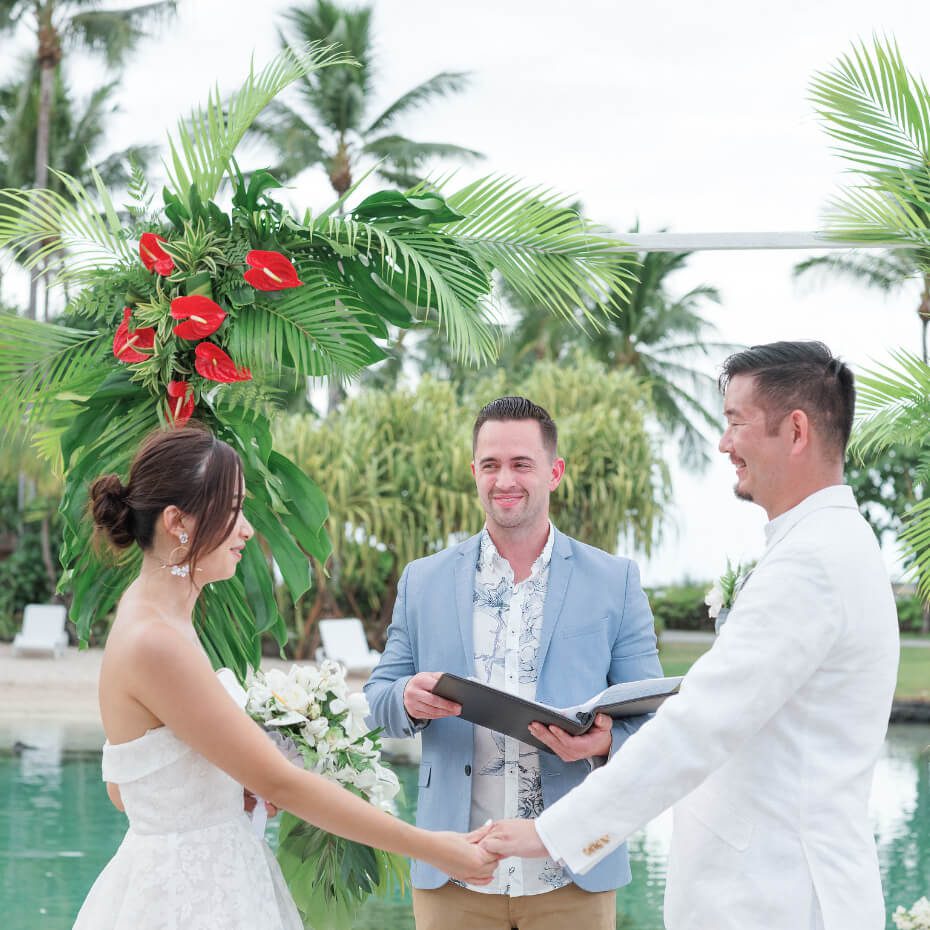 Whether it's at sunset, in your overwater bungalow overlooking Moorea, on a catamaran, private yacht or local pirogue, we welcome all inspiration to help organize the wedding ceremony of your dreams. 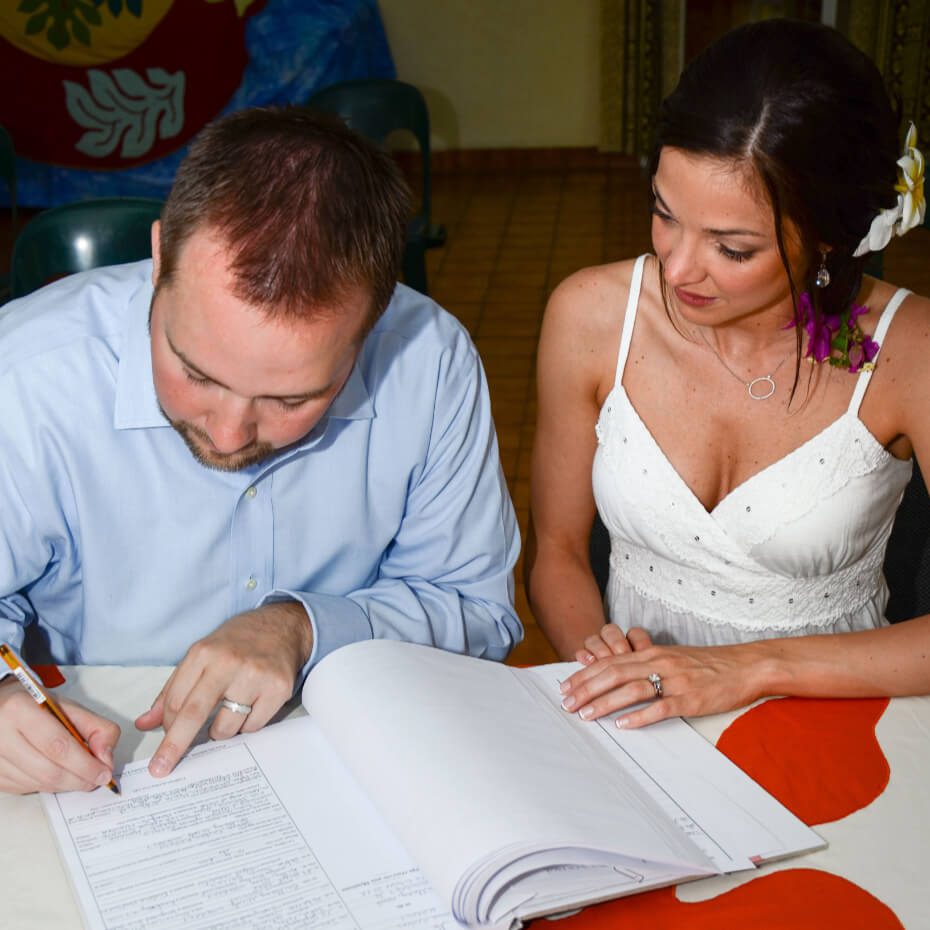 Formalize your union in Tahiti with the help of our dedicated team, who will guide you each step of the administrative process and provide wonderful insider tips for achieving a memorable legal wedding.
REQUEST PROPOSAL 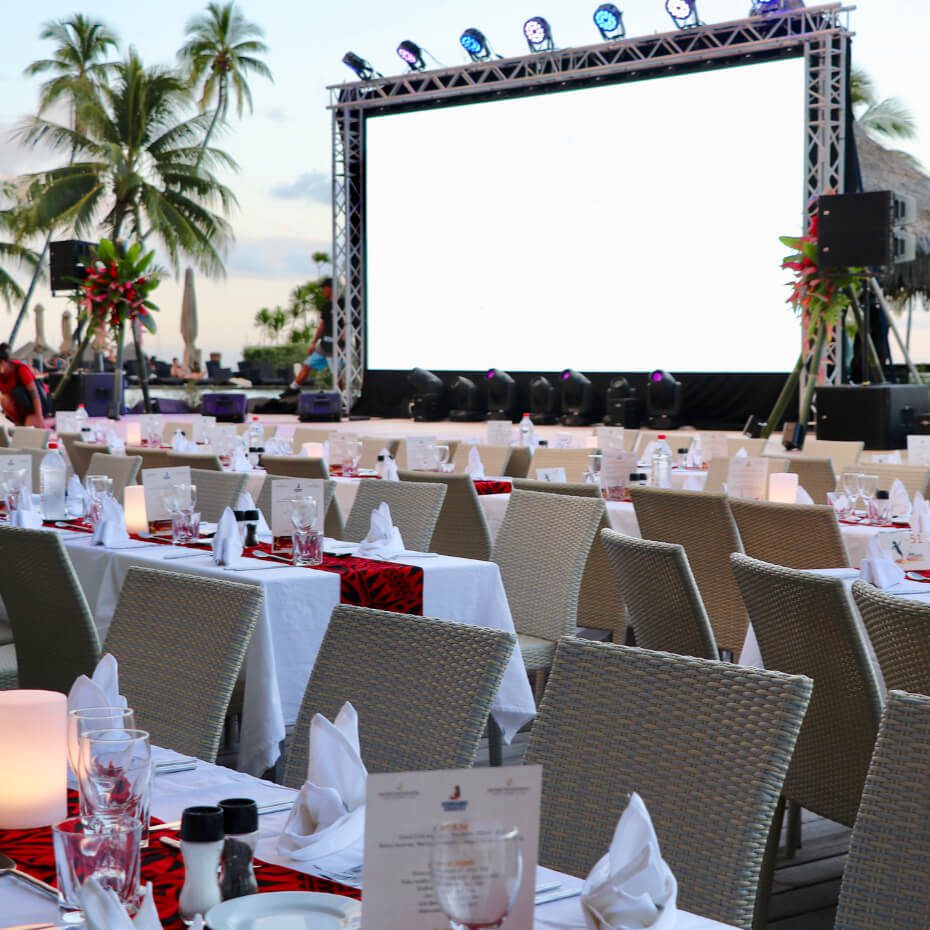 Celebrate your large wedding in paradise surrounded by the tropical fish of our Lagoonarium. We would love to help you stage a traditional ceremony or renewal of vows in the postcard-perfect environs\of the Grand Motu. 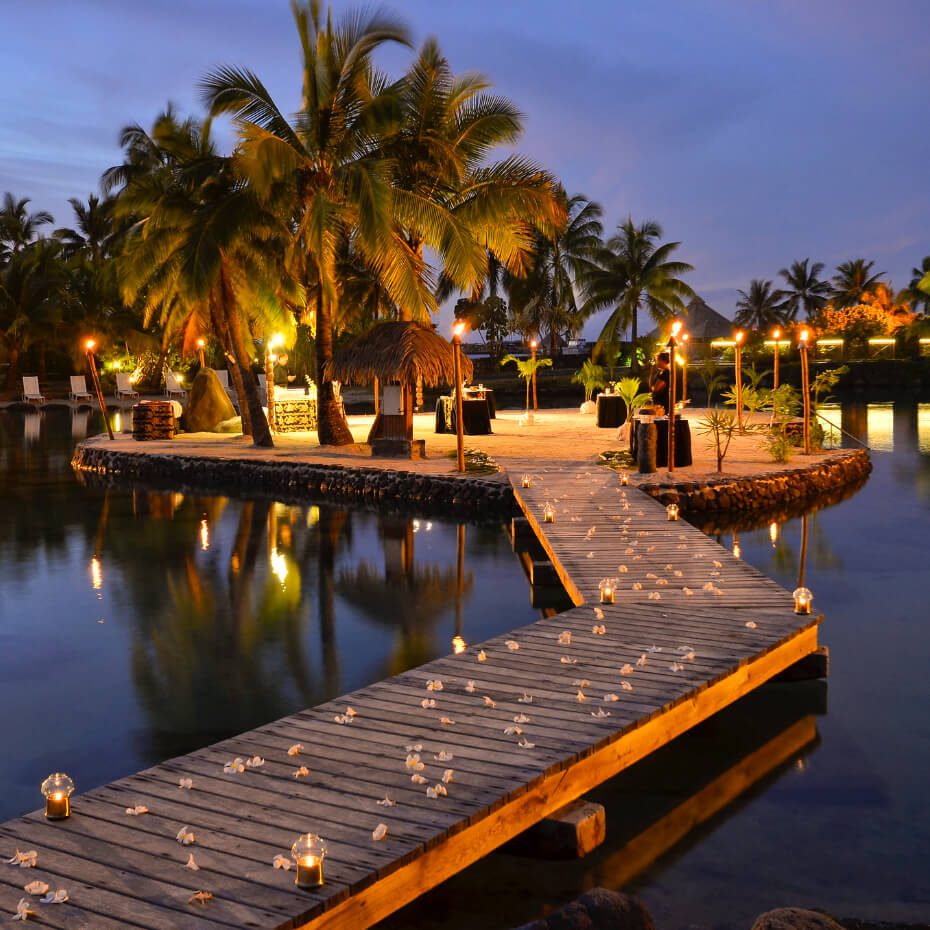 For intimate affairs, our Petit Motu is an idyllic venue. With direct views of neighboring Moorea, it's a perfectly secluded location for romantic celebrations. 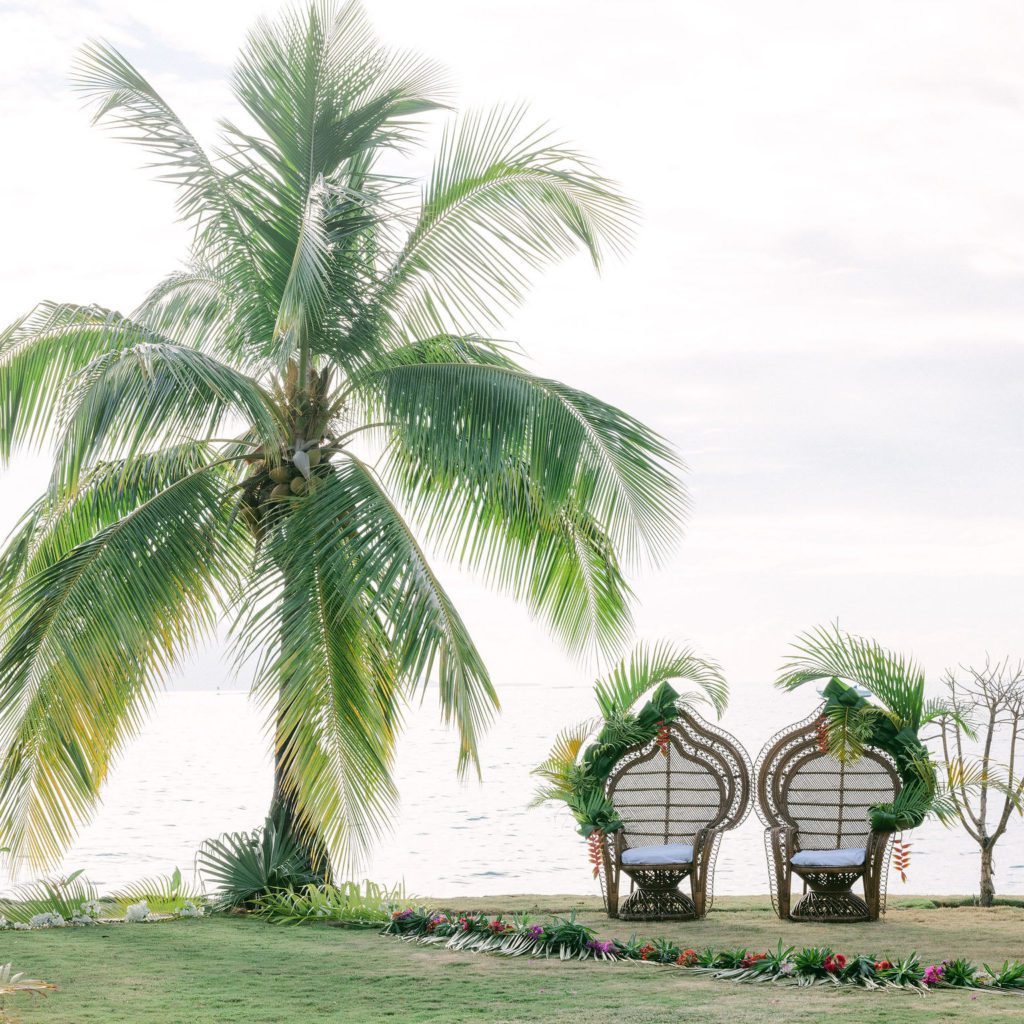 Whatever your fairytale or dream—a wedding on a catamaran, elopement on the deck of your overwater bungalow, or small ceremony in the lush resort gardens—our concierge is here to personalize your special day and make it reality.

Served with plenty of magic and romance, this dinner includes three delectable courses, a cake and a bottle of Champagne.

With your loved one, share a romantic tasting menu comprising four courses, plus a cake and bottle of Champagne.

Romantic Degustation Dinner in your bungalow

Relax in the privacy of your overwater bungalow for a starlit dinner that begins with an aperitif served in a coconut. Four sumptuous courses and a bottle of Champagne follow, at a table specially set on your terrace, the lagoon glimmering around you.

With your special someone, sip aperitifs out of coconuts on the resort’s private motu before tucking into a gourmet dinner for two, comprising four flavorful courses and a bottle of Champagne.

Can I get legally married in Tahiti?

Yes, you can be legally married at the town hall by the mayor. We recommend you begin organizing the required documentation at least five months before arriving in Tahiti.

Do you offer photography or video services?

Yes, you can choose to have photography only or a package for both.

How long does the wedding ceremony usually take?

Do you rent wedding dresses and suits?

Our traditional wedding package includes traditional Tahitian costumes, and the renewal of vows ceremony includes white pareos. If you prefer to wear a dress and suit, please bring your own outfits.

What time of day do you stage weddings?

We usually organize them for the afternoon at 4 p.m., or at 10 a.m. for couples who prefer a morning ceremony.

Do you have a hair salon on the property?

No, but we can arrange for a hairstylist to come to your villa. We can also make arrangements for a makeup artist and stylist.

Is it possible to have fireworks at the resort for our wedding?

For security and safety reasons, we cannot offer fireworks at the resort.

Can we bring our own cake for the wedding?

No, we do not allow any outside food.

Can I supply my own wine and champagne?

Yes, you can bring your own wine or your own Champagne. They will be subject to a corkage fee.

How many people can we invite to our wedding?

The maximum capacity is 250 people.

Who do I contact if I need more information?

Can we organize a civil wedding?

Our team will be more than happy to assist you in preparing your application.

What should I do first?
Overseas visitors are required to first select the date of the ceremony. It is advisable to choose several dates to make sure that the City Hall of Faa’a, Tahiti, has availability. Please note that marriage ceremonies cannot be celebrated on Sundays and holidays.

What documents are required?
Please find below the list of documents required by the City Hall of Faa’a, Tahiti, for your wedding application in French Polynesia:

1. Proof of identity of both spouses: a copy of their passports, for example.
2. Proof of residence for both spouses (electricity or telephone bill). These documents provide evidence that the spouses do not reside in France or its territories.
3. Letter signed and dated by both spouses, addressed to the mayor of Faa’a, Tahiti, for the marriage ceremony.
4. The Marriage of Foreign Citizens in French Polynesia form will be sent to you by the concierge. The form must be completed, signed and returned to the concierge via e-mail. The concierge will then submit the form to the mayor’s office.
5. If applicable, a Certificate of Publication and Non-Opposition to Marriage, issued by a French Consulate or a Foreign Authority [the French general instruction on civil status rules (§539-1) includes a chart which indicates the countries in which publication of the banns is mandatory] must be submitted.
6. Full copy of each spouse’s Birth Certificate. The certificates must have been issued less than six months prior to the date of the ceremony.
7. If applicable, a Death Certificate of the former spouse of a widow or widower must be submitted.
8. If applicable, any marriage contract or Notary Certificate of the spouses must be submitted.

NB: If the above-mentioned documents provided as required by French law do not allow for the mayor to verify that all the required conditions are met (for example, in some countries there is no mention in the margin of the Birth Certificate that indicates the existence of a previous marriage), he may request additional documentation for that purpose, or a customary certificate issued by the authorities of the country of origin.

How long should my application take?
The duly completed file including the above-mentioned documents must be sent to the InterContinental Tahiti Resort Concierge at least 120 days prior to the date of the wedding ceremony. They will then coordinate with the City Hall of Faa’a, Tahiti.

The mayor (or representative) will carry out the ceremony in the presence of at least two witnesses, and if required, in the presence of a translator/interpreter convened by the mayor prior to the ceremony. The ceremony will be held in public, the doors of the town hall remaining open at all times. After a welcome speech, the mayor (or representative) will read the articles of the Civil Code which state the duties of each spouse. He or she will however indicate that the applicable matrimonial regime will be the one of the country of origin of each of the spouses. The mayor will then ask if the spouses have drawn up a marriage contract, after which he will ask for the consent of the spouses to the marriage. The bride and the groom will then each answer oui to the question whether they will take each other as husband and wife (and yes in response to the English version of the question). The rings will then be exchanged and the register signed by the spouses.

After the marriage ceremony, a French Family Record Book (Livret de Famille) will be delivered by the mayor to the spouses. The Record Book will allow the spouses to prove that a wedding ceremony was held.

Is there anything I need to do when I get back to my country?
The spouses are responsible for contacting their national authorities to inquire as to how the marriage must be recorded under their country’s laws and regulations. 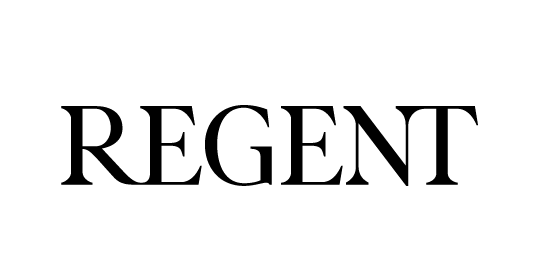 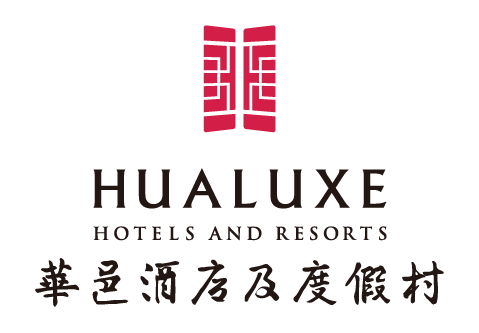 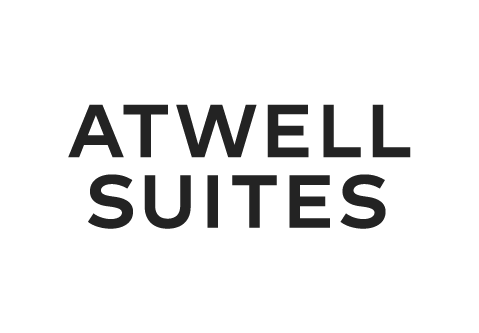